I'm sad to say, RustProof Labs will no longer be using NewRelic's monitoring services. They are making some significant changes to their offerings and unfortunately, that means RustProof Labs will be finding new solutions for our infrastructure monitoring. They are removing their "Servers" monitoring feature from the free tier; Servers is the only service from NewRelic that we really utilized. Their paid-only replacement for monitoring servers is infrastructure.

The main difference seems to be they're pushing integrations with some of the main cloud providers (AWS, Azure, etc). I didn't want that before and I don't want it now. I loved being able to see my server's health at a very high level, such as CPU and RAM usage, as well as disk space monitoring, and so on. I loved being able to install their service on all my local virtual machines as well as cloud servers. I could easily visualize the impact the difference between HDD and SSD drives in specific processes.

Note: These pricing details are accurate at the time of writing.

To continue using NewRelic to monitor our servers using Infrastructure appears to start at $9.90 / month. That's more than the monthly cost of a small cloud-based server!

"The minimum # of CUs to be purchased as part of any customer subscription is 16,500 costing $9.90. This is the smallest contract size."

Here's her whole response to the pricing question. It's quite possible I'm mis-interpreting the minimum cost because the explanation is, at best, quite confusing. Do we pay the $0.90 per instance on top of the $9.90?

Another feature we used to a lesser extent was APM. To get APM on a single t2.micro AWS instance is going from free to $25/month; that seems a bit absurd to me considering the EC2 instance itself is only $8.70/month. I don't think the monitoring solution should cost more than the server(s) the applications themselves run on. This doesn't seem like a good pricing scheme. 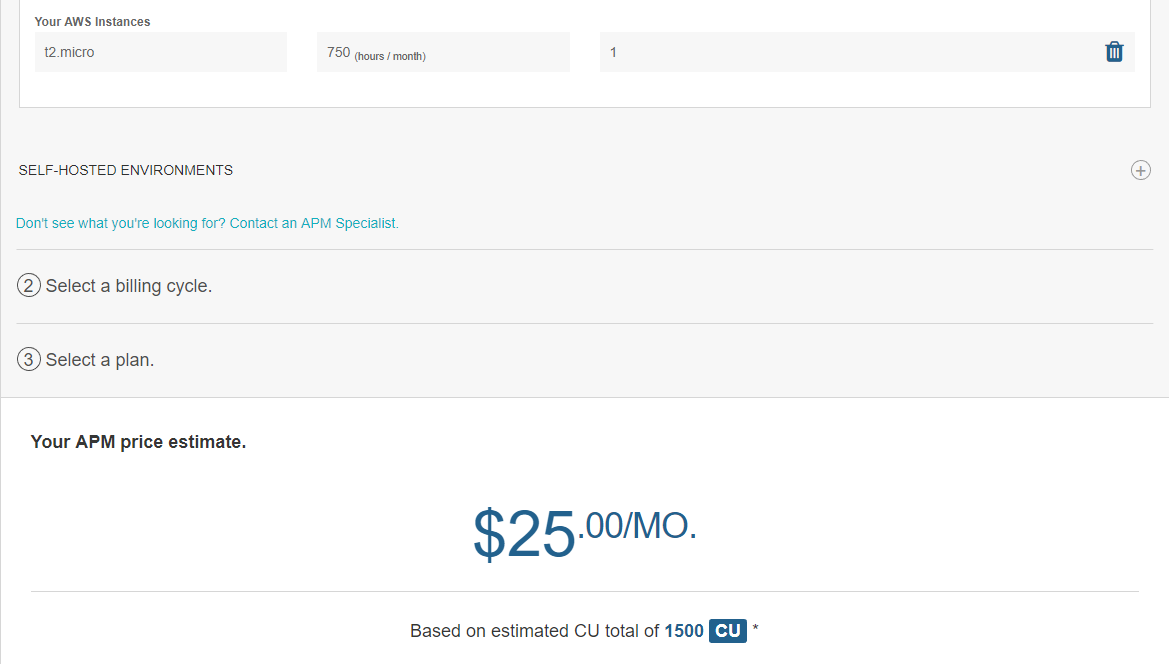 At least NewRelic did the right thing and gave it's free-tier customers plenty of advanced notice. Free Tier customers will be cut off one month from today, on November 14, 2017. As of this morning, RustProof Labs services have been updated to no longer report metrics to NewRelic.

We are going back to custom scripts triggered by cron to collect metrics and load the results to a PostgreSQL database. AWS also provides plenty of monitoring and alerting options that we will start to integrate as well.
I have many of our scripts from pre-NewRelic days still laying around. I'll just need to dust them off and update for our current needs. The major advantage here is we will have full control over what data is collected, how its collected, and how it is secured and used.

The biggest loss will be the pretty pictures. Honestly, that isn't that big of a deal.